More than a century has passed since Norman Angell, a British journalist and politician, published "The Great Illusion," a treatise arguing that the age of conquest was or at least should be over. He didn't predict an end to warfare, but he did argue that aggressive wars no longer made sense - that modern warfare impoverishes the victors as well as the vanquished.

He was right, but it's apparently a hard lesson to absorb. Certainly Vladimir Putin never got the memo. And neither did our own neocons, whose acute case of Putin envy shows that they learned nothing from the Iraq debacle.

Angell's case was simple: Plunder isn't what it used to be. You can't treat a modern society the way ancient Rome treated a conquered province without destroying the very wealth you're trying to seize. And meanwhile, war or the threat of war, by disrupting trade and financial connections, inflicts large costs over and above the direct expense of maintaining and deploying armies. War makes you poorer and weaker, even if you win.

The seizure of Crimea

The exceptions to this dictum actually prove the rule. There are still thugs who wage war for fun and profit, but they invariably do so in places where exploitable raw materials are the only real source of wealth. The gangs tearing the Central African Republic apart are in pursuit of diamonds and poached ivory; the Islamic State may claim that it's bringing the new caliphate, but so far it has mostly been grabbing oil fields.

The point is that what works for a fourth-world warlord is just self-destructive for a nation at America's level - or even Russia's. Look at what passes for a Putin success, the seizure of Crimea: Russia may have annexed the peninsula with almost no opposition, but what it got from its triumph was an imploding economy that is in no position to pay tribute, and in fact requires costly aid. Meanwhile, foreign investment in and lending to Russia proper more or less collapsed even before the oil price plunge turned the situation into a full-blown financial crisis.


Which brings us to two big questions. First, why did Putin do something so stupid? Second, why were so many influential people in the United States impressed by and envious of his stupidity?

The answer to the first question is obvious if you think about Putin's background.

Remember, he's an ex-KGB man - which is to say, he spent his formative years as a professional thug. Violence and threats of violence, supplemented with bribery and corruption, are what he knows. And for years he had no incentive to learn anything else: High oil prices made Russia rich, and like everyone who presides over a bubble, he surely convinced himself that he was responsible for his own success. At a guess, he didn't realize until a few days ago that he has no idea how to function in the 21st century.

The answer to the second question is a bit more complicated, but let's not forget how we ended up invading Iraq. It wasn't a response to 9/11, or to evidence of a heightened threat. It was, instead, a war of choice to demonstrate U.S. power and serve as a proof of concept for a whole series of wars neocons were eager to fight. Remember "Everyone wants to go to Baghdad. Real men want to go to Tehran"?
The point is that there is a still-powerful political faction in America committed to the view that conquest pays, and that in general the way to be strong is to act tough and make other people afraid. One suspects, by the way, that this false notion of power was why the architects of war made torture routine - it wasn't so much about results as about demonstrating a willingness to do whatever it takes.
Neocon dreams took a beating when the occupation of Iraq turned into a bloody fiasco, but they didn't learn from experience. (Who does, these days?) And so they viewed Russian adventurism with admiration and envy. They may have claimed to be alarmed by Russian advances, to believe that Putin, "what you call a leader," was playing chess to President Barack Obama's marbles. But what really bothered them was that Putin was living the life they'd always imagined for themselves.
The truth, however, is that war really, really doesn't pay. The Iraq venture clearly ended up weakening the U.S. position in the world, while costing more than $800 billion in direct spending and much more in indirect ways. America is a true superpower, so we can handle such losses - although one shudders to think of what might have happened if the "real men" had been given a chance to move on to other targets. But a financially fragile petroeconomy like Russia doesn't have the same ability to roll with its mistakes.
I have no idea what will become of the Putin regime. But Putin has offered all of us a valuable lesson. Never mind shock and awe: In the modern world, conquest is for losers. 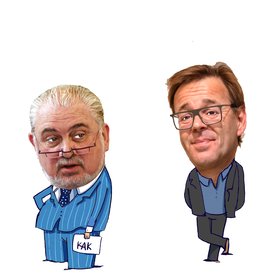 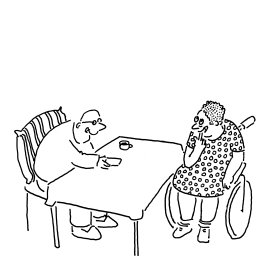