Dr. Ben Carson has the most moving personal narrative in modern presidential politics. His mother, one of 24 children, had only a third-grade education. She was married at age 13, bore Ben and his brother, and then raised the boys as an impoverished single mother in Detroit.

As a young boy, Carson was a terrible student. "Most of my classmates thought I was the stupidest person in the world," he recalls in his book "One Nation." "They called me 'Dummy.'"

But his mother responded by tightly limiting Ben's television time and requiring the boys to read two books a week from the library, and then submit book reports to her, even though she couldn't read them.

Carson evolved into an excellent student but still suffered from an explosive temper. When he was in the ninth grade, he argued with his friend Bob about what radio station to listen to, and, furious, tried to stab Bob in the stomach. Fortunately, the blade broke on Bob's belt buckle, and Carson had an epiphany that led him to curb his temper.

He attended Yale on a scholarship and became a brilliant neurosurgeon and best-selling author. He and his wife, Candy, started a scholarship program, the Carson Scholars Fund, now active in all 50 states, and he won the Presidential Medal of Freedom. He also comes across as a really nice guy.

And now he has surpassed Donald Trump to lead in a New York Times/CBS News poll for the Republican nomination for president. In the end, I'm betting that Carson will lose. His candidacy has been propelled by his biography and first-rate demeanor, not by policies, and he has largely avoided close scrutiny. That will change as he tops polls.

Carson has a penchant for over-the-top statements, such as that Obamacare is "the worst thing that has happened in this nation since slavery." His assertions that Jews were slaughtered in Europe because they didn't have guns, or that we need guns in the home today to defend ourselves from Islamic militants - well, "kooky" is a polite way to describe those views.

Then there are his policy proposals, which are mostly vague or absurd or both. Carson wants to end Medicare and replace it with health savings accounts, and that pretty much makes him unelectable, although he's now backing away from his position. So my hunch is that the betting markets are right and that Sen. Marco Rubio will ultimately emerge as the nominee.

But maybe the more interesting question is what Carson says about America. He seems to see his rise as an indication that America needs not so much social programs as firmer character. In his moving memoir, "Gifted Hands," he writes that he tries to be a role model for young blacks, explaining, "These young folks need to know that the way to escape their often dismal situations is contained within themselves."

He also offers a tinge of reproach for those who stumble. Carson likes to cite a poem by Mayme White Miller that suggests: "If things go bad for you ... You have yourself to blame."

Carson acknowledges that his family relied on food stamps - "we ... couldn't have made it without them" - but repeatedly warns that government benefits can breed dependency. One reason he is popular on the right, I think, is that many conservatives feel bruised by liberals' jibes that they are closet racists or have no compassion for the poor.

Supporting Carson validates their self-perception as good people who are doing the right thing by slashing social programs. The problem is that there's growing evidence that Carson's policy solutions are plain wrong. Social support programs for young children in particular nurture opportunity and even save public money in the long run. When done right, these are investments with a high return.

Indeed, a careful 2012 study found that children who received food stamps in the 1960s (a group that included Carson) had better health outcomes even decades later as adults. So maybe Carson's accomplishments are also a tribute, in some tiny way, to the nutritional support he received as a child from food stamps. (He's probably rolling his eyes as he reads this!)

More broadly, Carson's rise from inner-city poverty is inspiring but not easily replicable. Muggsy Bogues became an NBA star even though he was 5 feet 3 inches tall, but short people are still at a disadvantage in basketball. Inner-city black children, especially boys, face similar long odds.

The reasons are complex and have to do with family structure, poverty and education, and also with discrimination. Devah Pager, a sociologist, sent out young black and white men to pose as job applicants and found that the whites were twice as likely to get callbacks as identically qualified black men.

A white man with a felony conviction had as good a chance of getting a callback as a black applicant with a clean record. So by all means let's celebrate Carson's achievements. But he's better as a role model than as a policymaker. 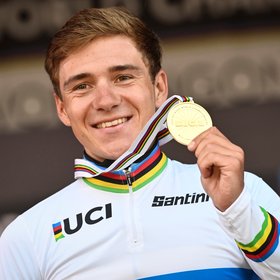 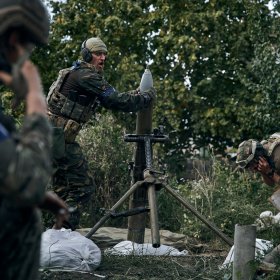