Safety questions about cellphones have drawn intense interest and debate for years as the devices have become integral to most people’s lives. Even a minute risk could harm millions of people.

These two studies on the effects of the type of radiation the phones emit, conducted over 10 years and costing $25 million, are considered the most extensive to date.

In male rats, the studies linked tumors in the heart to high exposure to radiation from the phones. But that problem did not occur in female rats, or any mice.

The rodents in the studies were exposed to radiation nine hours a day for two years, more than people experience even with a lot of cellphone use, so the results cannot be applied directly to humans, said John Bucher, a senior scientist at the National Toxicology Program, during a telephone news briefing.

The results, he said, had not led him to change his own cellphone use or to urge his own family to do so. But he also noted that the heart tumors in rats — called malignant schwannomas — are similar to acoustic neuromas, a benign tumor in people involving the nerve that connects the ear to the brain, which some studies have linked to cellphone use.

He said that nearly 20 animals studies on this subject have been done, “with the vast majority coming up negative with respect to cancer.”

Other agencies are studying cellphone use in people and trying to determine whether it is linked to the incidence of any type of cancer, Bucher said.

The Food and Drug Administration issued a statement saying it respected the research by the toxicology program, had reviewed many other studies on cellphone safety, and had “not found sufficient evidence that there are adverse health effects in humans caused by exposures at or under the current radio-frequency exposure limits.”

The statement, from Dr. Jeffrey Shuren, director of the FDA’s center for devices and radiological health, also said, “Even with frequent daily use by the vast majority of adults, we have not seen an increase in events like brain tumors.”

The Federal Communications Commission sets exposure limits for radio-frequency energy from cellphones, but relies on the FDA and other health agencies for scientific advice on determining the limits, the statement said.

For people who worry about the risk, health officials offer common-sense advice: Spend less time on cellphones, use a headset or speaker mode so that the phone is not pressed up against the head and avoid trying to make calls if the signal is weak. Bucher noted that the radiation emitted increases when users are in spots where the signal is poor or sporadic and the phone has to work harder to connect.

December, California issued advice to consumers about how to lower their exposure, including texting instead of talking, keeping the phone away from the head and body while streaming, downloading or sending large files; carrying the phone in a backpack, briefcase or purse, not a pocket, bra or belt holster; and not sleeping with the phone close to your head.

The two studies, involving 3,000 animals, are “the most comprehensive assessments of health effects and exposure to radio-frequency radiation in rats and mice to date,” according to a statement from the toxicology program, part of the National Institute of Environmental Health Sciences. The studies extend partial findings released in May 2016, which found small increases in the incidence of tumors in the brains and hearts of male rats, but not female ones. 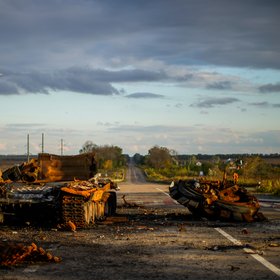 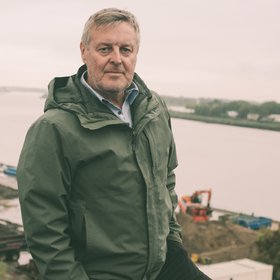