Virtually nobody in China had, either.

Li had never been named to one of China’s lists of the country’s richest people. The mining empire he described to Italian soccer officials was hardly known even in mining circles.

Nevertheless, Li seemed to have what mattered most: money. He bought the club in April for $860 million from Silvio Berlusconi, the former Italian prime minister, to clinch China’s biggest-ever soccer deal.

Today, Li’s acquisition of AC Milan appears to be emblematic of a string of troubled Chinese deals.

The soccer club, bleeding money after a spending spree on star players, is seeking new investors or a refinancing of the high-interest loan that Li took to buy the club. That loan comes due in a year.

Chinese corporate records show that — on paper, at least — someone else owns his mining empire. That company’s offices were empty on a recent visit, and a sign on the door from the landlord cited unpaid rent. A spokesman for AC Milan said Li’s control of the mining business had been verified by lawyers and banks involved in the transaction.

Chinese records also show a series of business disputes and run-ins between Li and Chinese regulators.

Then Chinese officials began to worry that the spending was simply part of an exodus of money from China so vast that it once threatened to destabilize the country’s economy, the world’s second largest. This summer, the government ordered its banks to scrutinize lending to some of the country’s biggest deal-makers.

Outside China, some of the deals led regulators to ask questions about the tycoons behind them. Some wealthy people in China list their holdings under the names of relatives or associates to avoid scrutiny, a practice that has attracted criticism inside and outside the country.

In the case of Li, the mines he told AC Milan he controlled have been owned by four different people since last year, according to Chinese corporate records. The business changed hands twice for no money, the documents show.

Chinese spending on soccer totaled $1.8 billion over the past five years, according to Dealogic, a data provider, but Chinese officials are putting a stop to the spree amid concerns about the flight of money abroad.

“There’s a lot of ways to invest in football and the sports industry for much less money,” said Mark Dreyer, who tracks Chinese soccer investments on his website, China Sports Insider. “People were basically using the government’s previous push for sports as a way to diversify into different industries and get their money out of China.”

Li had plenty of reasons to buy AC Milan. President Xi Jinping had professed his love for soccer and wanted China to be a superpower in the sport by 2050. The Chinese government had laid out a plan for increasing sports investment.

An acquisition of AC Milan would be a marquee deal. A decade ago, the club was home to some of soccer’s biggest talents, including Ricardo Izecson dos Santos Leite, who is known as Kaká, and Andrea Pirlo. It was a seven-time European champion.

But it has not won an Italian championship for six years or a European title for 10. Fans welcomed Li’s arrival as a potential catalyst. This summer, AC Milan began to spend on new players in a way that seemed to signal a desire to compete again.

Still, Li and Berlusconi struck the deal at a difficult time. Beijing, spooked by the unprecedented capital outflows and a weakening currency, had imposed restrictions on overseas investment at the end of last year.

Li set up companies in the British Virgin Islands and Luxembourg that would put the club’s legal ownership outside China, according to Marco Fassone, AC Milan’s chief executive officer. Li also borrowed about $354 million from the hedge fund firm Elliott Management, a loan he must pay back by October 2018. A spokeswoman for Elliott declined to comment.

AC Milan remains debt laden and unprofitable, and could have trouble repaying what it owes on its own. It spent about $274 million to sign 11 players this summer, according to the club spokesman, making it among the biggest spenders in European soccer.

It is unclear how much Li’s wealth might help the club address its troubles.

He was initially unknown to the deal-makers trying to sell the club, the people involved in the transaction said. He was originally part of a group that included Sonny Wu, a well-known investor who is chairman of the private equity firm GSR Capital, these people said. But Wu pulled out of the deal.

In an email, Wu said he had not talked to bankers about Li or his consortium. Rothschild & Co., the investment bank that advised Li, declined to comment.

Li told AC Milan that his holdings included phosphate mining operations in the city of Fuquan in Guizhou province.

But Chinese corporate filings show that the mines are owned by another party: Guangdong Lion Asset Management, an investment company. And Guangdong Lion has had a complicated ownership record over the past two years, involving a number of people with similar family names. (One court proceeding suggests Li has a relationship with Guangdong Lion, although it is not clear what kind.)

Guangdong Lion’s listed headquarters are in a fancy skyscraper in Guangzhou. In August, the offices were closed, with an eviction notice on the door. Inside, desks and chairs were in disarray, computers were missing hard drives, and maggots festered in a trash can.

The phone number listed for Guangdong Lion connects to a woman who said she helped companies register with Chinese regulators.

Amid Chinese concerns about deals abroad, China’s purchases of soccer teams with prestige names is likely to slow considerably for some time to come.

“If outbound investment should have the purpose of ‘strengthening the nation,’ even within the broadest of definitions,” Peter Fuhrman, chairman of the investment bank China First Capital, said in an email, “buying a soccer team in the U.K. or Italy would hardly seem to qualify.” 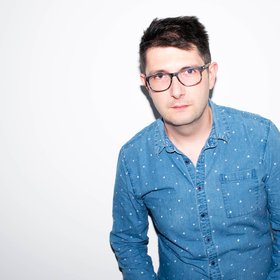