Cosby was at the time facing allegations by Andrea Constand, a staff member with the basketball program at Temple University, Cosby's alma mater, who said she had been drugged and molested by him a year earlier.

In previously sealed court documents at U.S. District Court in Philadelphia, Cosby acknowledged under oath in September 2005 that he sought to block The Enquirer from publishing its interview with Beth Ferrier, a former model who said he had drugged and sexually assaulted her in the mid-1980s, because he thought a second account would bolster the credibility of Constand's accusations. The documents have been unsealed in recent months and, in response to requests from the media, were released Wednesday.

"I would give them an exclusive story, my words," Cosby said when asked in the deposition in the sexual assault case about his agreement with The Enquirer, according to the court documents."

In return, The Enquirer "would not print the story of - print Beth's story," Cosby said.

"Did you ever think that if Beth Ferrier's story was printed in The National Enquirer, that that would make the public believe that maybe Andrea was also telling the truth?" he was asked.

In the past two weeks, more than a dozen women have come forward publicly to say that Cosby sexually harassed, assaulted or raped them, sometimes after drugging them. Cosby has consistently denied the allegations, but several concert venues have canceled his performances, and NBC and Netflix ended upcoming projects.

Cosby had been read a draft of the proposed article about Ferrier by John P. Schmitt, his lawyer, and was told she had passed a lie-detector test.

In the interview that replaced the article, "Bill Cosby Ends His Silence: My Story!" Cosby discussed the Constand case and tried to rebut the sexual assault allegations.

The Enquirer interview with Cosby took place in a hotel suite in Houston in February 2005, during a tour by Cosby. In its article, The Enquirer described Cosby as "furious" about the allegations. It also discussed accusations made by a woman named Tamara Green who appeared on the "Today" show that February and said Cosby had assaulted her in the early 1970s.

"Sometimes you try to help people and it backfires on you, and then they try to take advantage of you," he said in the article published in The Enquirer.

"I don't exploit my celebrity status"

"I am not going to give in to people who try to exploit me because of my celebrity status," he said.

The entertainer also thanked the tabloid for having offered a reward for information leading to the arrest of the person who had killed his son, Ennis, in 1997.

After the article appeared, Constand filed a lawsuit against The Enquirer and one of Cosby's lawyers, Martin D. Singer, charging that the article had defamed her.

That suit and the one against Cosby were later consolidated and settled confidentially in 2006.

Neither The Enquirer nor Cosby's lawyers could be reached Wednesday evening for comment.

In the 2005 deposition taken at a Philadelphia hotel, Cosby said he had struck the agreement with The Enquirer because "it was at a time when I did not want any tabloid-type accusations, sexual accusations going into a paper."

Cosby's relationship with The Enquirer had been considerably less amicable in 2000, when he threatened to sue the publication for $250 million after it ran a story in which it said an actress named Lachele Covington had complained to the New York police that he had fondled her during a dinner in New York. 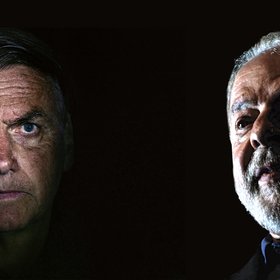