In her first interview since the election, she acknowledged that she had expected to defeat Donald Trump and that the outcome had been “so devastating.”

Clinton spoke to me for more than 45 minutes on stage Thursday at Tina Brown’s Women in the World Summit. She seemed relaxed and comfortable, much less guarded than during the campaign.

I’ve known Clinton a bit for many years, and when she was running for office she was always monumentally careful in her language — a natural impulse when critics are circling, but it also diminished her authenticity as a politician. Her prudence came across to voters as “calculating.”

Now she’s out of her shell, freed by defeat, and far more willing to speak bluntly.

“Certainly misogyny played a role” in her loss, she said. “That just has to be admitted.”

She noted the abundant social science research that when men are ambitious and successful, they may be perceived as more likable. In contrast, for women in traditionally male fields, it’s a trade-off: The more successful or ambitious a woman is, the less likable she becomes (that’s also true of how women perceive women). It’s not so much that people consciously oppose powerful women; it’s an unconscious bias.

Clinton characterized the mindset of some Trump voters as, “I don’t agree with him, I’m not sure I really approve of him, but he looks like somebody who’s been president before.” She did indicate that there were many other factors that contributed to her loss — including her own mistakes.

Clinton acknowledged that Democrats need to do a better job reaching working-class Americans, but she added that part of her problem was that many voters were already struggling with tumult in their lives, “and you layer on the first woman president over that, and I think some people, women included, had real problems.”

I asked what advice she would offer the countless young women who have been galvanized by her loss — in a way they never were by her candidacy — to become more engaged in public life. “Toughen up your skin,” she counseled, referring to the nastiness often directed at prominent women. “Be ready. It’s not a new phenomenon, but it feels new and painful every time it happens to you.”

Clinton noted that when she stepped down as secretary of state, she had an approval rating of 64 percent and was one of the most popular public officials in America. But that was ancient history by Election Day. “Oh my gosh,” she said, “by the time they finished with me, I was Typhoid Mary.”

We talked about lots of issues, including Syria — she advocated attacking Syrian air strips; hours later, President Donald Trump did just that — and she was ready to fire a few salvos of her own. She raised the “chaotic functioning” of the new administration and said she didn’t understand the Trump team’s “commitment to hurt so many people,” from its travel ban to its health care legislation.

Why did she lose the election? Clinton’s staff has conducted autopsies that, she said, suggested that two of the most important factors were the plunder and release of her campaign emails and the last-minute announcement by the FBI director, James Comey, that the investigation into her use of a private email server could be reopened.

So, I asked, when you heard Comey say recently that he had been investigating Trump’s Russia ties since July but couldn’t disclose it then because it’s inappropriate to discuss ongoing investigations, what did you throw at the television?

She savored the question. “Yes,” she said, smiling. “That was one of the high points of the last weeks.”

Clinton said she doesn’t know if there was collusion between the Trump team and the Kremlin, but she urged the formation of an independent commission to investigate. And she noted that whether or not there was collusion, there certainly was a concerted Russian effort to rig the American election.

Russia’s hacking of campaign emails “was a more effective theft even than Watergate,” she said, adding: “We aren’t going to let somebody sitting in the Kremlin, with 1,000 agents, with bots and trolls and everybody else, try to mix up in our election. We’ve got to end that, and we need to make sure that’s a bipartisan, American commitment.”

The issue Clinton seemed most passionate about was the one that has occupied much of her career, ever since she took a job out of Yale Law School with the Children’s Defense Fund: advocacy for women and children. She grew particularly animated in describing what she called Trump’s “targeting of women.”

As a candidate, both in 2008 and in 2016, Clinton was careful not to push too hard on feminist buttons for fear of antagonizing men — which, given the results, was a reasonable concern. But this is where her passions lie, and even as secretary of state traveling to an overseas capital, she would often visit a women’s shelter or an organization fighting human trafficking, dragging along bewildered diplomats and foreign officials to remind them that women’s rights are human rights.

In our conversation, she was scathing in denouncing Trump’s version of the “global gag rule,” which cuts off money for any health provider abroad that offers abortion counseling or promotes abortion rights, and Trump’s plan to defund the U.N. Population Fund, which battles maternal mortality and helps women get access to contraception.

Asked about the infamous photo of Republican men discussing women’s health, Clinton described her favorite internet meme: a group of dogs around a conference table, with the caption, “today’s meeting on feline health care.”

“The things that come out of some of these men’s mouths!” Clinton said. “Like, ‘Why do we have to cover maternity care?’ Well, I don’t know, maybe you were dropped by immaculate conception?”

One gauge of Clinton’s new freedom is the simplest: her name. She had decided at age 9 that she would keep her name when she married, and after her wedding with Bill Clinton in 1975 she initially remained Hillary Rodham — even though her mother-in-law cried about that. Then Arkansas voters ousted her husband as governor in 1980, in part because they were uncomfortable with her feminism, so she helped his political career by becoming Hillary Clinton.

When she ran for U.S. Senate in New York she was Hillary Rodham Clinton, but her 2016 campaign book and ballot name downsized her to Hillary Clinton to avoid antagonizing traditionalists. Her Twitter page and website are still just Hillary Clinton — but after our interview we walked backstage together to sign a poster for Women in the World, and she scrawled: Hillary Rodham Clinton. Free at last!

Clinton said she was working on a book about her campaign and wrestling with why so many women — including 53 percent of white women voters — supported Trump. I asked whether she would be a candidate again, or would consider running UNICEF (that’s my vote for the best next job for her, allowing her to save millions of children’s lives).

She said she doubted she would ever run for office another time but didn’t have plans other than to help more women enter politics and help Democrats take back Congress.

“I am passionate about the unfinished business of the 21st century,” she said, “the rights and opportunities for women and girls.” 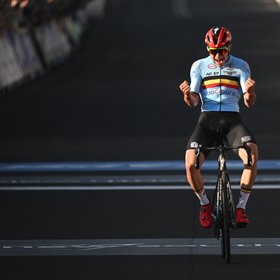 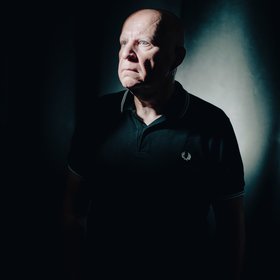