We may hate him for his selfish play at martyrdom, but we're too polite to say so. Instead we squirt Purell on our hands and feign concern: "You seem a little under the weather. Why not take the rest of the day off?" Behind his back it's an open season of sniping and reproach: He's the one who's feverish and suffering, but we can't stop ourselves from taking umbrage at his grief. His zeal for overwork is putting us at risk.

Or is it? You may have seen reports about the spread of germs at work. (The media love these tales of viral diaspora.) One of the latest comes from Charles P. Gerba, a University of Arizona microbiologist who placed a (harmless) tracer virus on the front-door handle of an 80-person office. Within four hours, he found the virus on more than half the workers' hands and more than half the common surfaces.

That fact, widely covered in the press, makes it sound as if we should impose a policy of office-worker quarantine. But this was more a gross-out stunt than a risk assessment. The mere presence of a marker virus doesn't tell us which, if any, office workers might be likely to contract a real infection.

Even if the spread of germs to furniture does represent an important vector of disease - still only a theory - we can take measures of protection. Gerba found that the presence of hand sanitizer in the break room, for example, and disinfectant wipes elsewhere in the office, reduced the number of infected surfaces by 80 percent. (Then again, these numbers come from a researcher who has been accused of fear-mongering on behalf of the cleaning industry.)

In fact, there's not much evidence that office cubicles are any more infectious than, say, subways or supermarkets. Hospitals, day care centers, cruise ships, senior homes: These are places where people interact with body fluids, and transmission risk is high. In office buildings, we just don't have the same degree of contact.

At any rate, the science suggests that it's not adults who drive the spread of influenza but children. Kids start shedding the virus several days before the onset of their symptoms, and can remain infectious for up to three weeks after. For grown-ups, the window is much smaller - just a few days on average. That helps explain why flu appears to spread more slowly during winter break and pick up again when children return to school.

Those who whine about their ailing colleagues sometimes cite another field of research, that of business economics. It's said that sick people in the workplace - so-called presentees, not to be confused with sick absentees, who don't come in to the office - cost the economy at least $60 billion every year.

The studies of productivity do hint at a deeper problem, though - one that has less to do with public health than mass psychology. What motivates our colleague to show up in an unwell state, and why should his presence in the office make the rest of us so edgy, sometimes to the point of anger? Perhaps we all share a common ailment of the workplace, a condition whose major symptom is the morbid fear of downtime. Maybe we're afraid of staying home because we're so well-trained to stay at work.

Americans have always had a tendency to work strange hours, late at night or over weekends, notes Daniel S. Hamermesh, an economist at the University of Texas at Austin. He thinks the pattern arises from our heavy-handed office culture: If you're not overworked - or won't go into the office sick - you seem to be a slouch. "We've gotten to a point where no one wants to depart from the presenteeism, but we're all worse off because of it," he told me. "It's a Gordian knot."

In other words, the American workplace has gotten tangled up in endless searches for a dose of extra credit. Since we're all in competition - if I slow down, you get ahead - no one has an incentive to untie the knot. When we see a colleague with a runny nose, it only makes that conflict more explicit. We act as if we're worried for his health, or troubled that his work-life balance might be out of whack, but in truth we're just as driven by the mania for overwork. We'd prefer for him to take his sick days now only so that we won't have to, down the line.

The problem is, putting pressure on the presentee only serves to fortify the status quo. It treats illness as a threat to productivity rather than a source of suffering. Let's try to have a bit more empathy. Instead of raging at officemates who try too hard, praise the ones who do their part to slow the rat race down. Support the slacker - or better yet, be a slacker. Take some extra time. Stay home. That's how we can show that it's OK to take it easy, and that a happy, healthy life needn't be a source of shame. 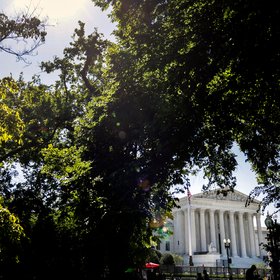