Round and round the short-track speedskaters go, crouched low on the ice as they carve counterclockwise ovals, over and over.

They lean so hard to the left that their fingers glide on the ice at the turns. The straightaways are so short that there is room for only one or two strides before the skaters lean hard into the next 180-degree curve, again and again.

They spend their training hours in that position, their torsos torqued to the left, their weight on their left legs as their right legs sweep powerful strides.

It is no wonder, then, that short-track skaters have lopsided bodies. Perhaps the bodies of no other athletes in sports, and certainly none at the Winter Olympics, are so asymmetrical.

Their thighs and glutes are typically larger on the right, while their lower-back muscles sometimes bulge more on the left. The hip, knee and ankle joints on the left tend to be stronger, the ones on the right more flexible. The differences are sometimes visible to the naked eye, but more often noted by a tape measure.

“We try to do small things to offset that imbalance, whether it’s something in the weight room or a certain stretching,” Jessica Kooreman, an athlete on the U.S. Olympic team, said. “But we’ll never be even.”

That imbalance can be an advantage, to have a body built specifically for the demands of the sport, the way a racecar is configured and weighted to run similarly shaped laps. Too much asymmetry, however, can be unsafe. The question for athletes and those who monitor them is just how much asymmetry is just right.

“That’s the magic question,” said Alex Clark, the strength trainer for the Canadian short-track team. “We don’t have an answer.

“If you’re perfectly symmetrical for an asymmetrical task, then you’re not well-prepared for that task,” he continued. “However, if you’re only good at that task, then you probably put yourself at risk just running to catch your bus or something like that.”

There is, for now, no sport-wide consensus on how to build the most efficient short-track skater. Unlike cars, there are too many model types and sizes.

“We want them to be slightly asymmetrical — if they’re not having injuries,” said Karen Ocwieja, the head athletic trainer for the U.S. Olympic team.

It is enough of a concern that short-track athletes on the U.S. national teams, including the eight (five men, three women) who will compete in the Olympics, are regularly tested for severe imbalances.

Their thighs are measured. (The latest tests for the several dozen members of the national team showed that the average right leg, measured at mid-thigh, is 55.71 centimeters in circumference, while the average left leg is 55.04 centimeters, or 0.67 centimeters smaller.)

Computer programs collect data from workouts and spit out a “symmetry index” to help athletes and trainers keep track.

The athletes themselves rarely notice large-scale differences. The vastus medialis oblique, the teardrop-shaped muscle just above the knee that is part of the quadriceps, sometimes bulges more on the right because of the steady outward push of the right leg as a skater strides through turns.

That motion also works the glutes. The strain from leaning left can form a thicker multifidus (a cablelike muscle on either side of the lower spine) that bulges on that side.

“The racing angle is unbalanced, so my right side is a little stronger,” said Kim Dokyoum, a member of the South Korean men’s team. “It’s a little bit uncomfortable in life.”

The skaters are not so out of balance that they can’t walk a straight line or that they find themselves falling down stairs. Most notice their imbalance when they do something else athletic.

“Everyday living, like walking or standing, it’s no different,” said Lana Gehring, a member of the U.S. Olympic team. “But anything sports-related, it’s a huge imbalance. Huge. I’m super uncoordinated if I’m not going to the left.”

Short-track skaters notice it in activities like skiing, snowboarding or playing hockey. They struggle to turn to the right. And they certainly notice it on those rare times they do laps clockwise, to the right.

Most top-tier athletes, professional and amateur, train and perform with symmetry in mind, and their bodies usually reflect it — although there are exceptions like the pitcher or tennis player with one arm stronger and larger.

Not every motion in every sport is symmetrical — think of the swings of a golfer or a baseball batter, or the torque of someone like a pole-vaulter — but those unbalanced actions are not performed continuously throughout practice and competition. Short-track speedskaters, racing against others on an oval inside a hockey rink, spend most of the competition turning.

Although techniques vary, and are dependent on the race and other competitors, skaters often perform three crossovers to get around the 180-degree corners (meaning six strides, three with each leg) and only one on the straightaway before the next corner. That means three-quarters of all their strides are done with a hard lean to the left. And all of them are done with the skater bent over at the waist. (Sore backs are a common malady.)

“We try to skate as low as possible, so it sometimes hurts in the bottom of our back,” Pascal Dion, a member of the Canadian team, said. “Our back is not that strong compared to our lower body and legs.”

It is different from long-track speedskating, where most of the action takes place on straightaways. Long track tends to attract taller athletes who race a clock with metronomic steadiness. Short track, which prizes agility and quick bursts, along with speed, tends to attract smaller athletes — bottom-heavy ones, their centers of gravity pulled low by thick, powerful thighs.

Not all strokes are the same, as competitors skate against one another in a race to the finish line, rather than against the clock — long track has added one “mass start” race to its schedule for these Olympics — requiring an ability to dart in and out of traffic and burst past competitors.

The most appropriate comparisons to a short-track skater might not involve other athletes, but rather racecars, like those in NASCAR, built for counterclockwise efficiency on ovals the rough shape of the short-track rink.

Racecars are configured specifically for that purpose. In a blend of geometry and physics, exacting measurements are made for caster angles and camber of the wheels, making it easier to turn. A car’s center of gravity and weight distribution help it hug the left-hand turns.

Such precise configuration cannot be applied to skaters. While the blades of their skates are slightly curved in the same direction as the corners, and the blades are usually offset, a bit diagonal from the left edge of the toes toward the right edge of the heels, the skaters themselves come in all shapes and sizes. There is no uniformity as a starting point, the way there is with machines.

Someday, perhaps, skaters will be individually engineered into skating machines. Analysis will show the perfect center of gravity, the perfect circumference of the right thigh versus the left, the ideal size of the multifidus, the proper flexion of one ankle over another, the most efficient rotation of each hip. Someday.

“In theory, sure,” said Ocwieja , the U.S. team trainer. “But humans aren’t static. And you know the saying about sports, right? It’s 90 percent mental.” 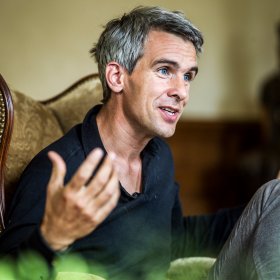 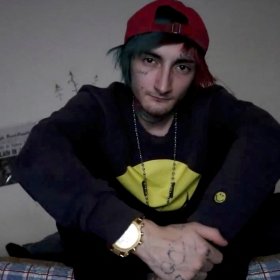