The numbers essentially defied President Donald Trump’s assertion that “Obamacare is imploding.” They suggested that consumers want and need the coverage and subsidies available under the Affordable Care Act, even though political battles over the law, President Barack Obama’s signature domestic achievement, are sure to continue in Congress and in next year’s midterm election campaigns.

Seema Verma, the administrator of the federal Centers for Medicare and Medicaid Services, reported the total in a Twitter post on Thursday. She said her agency had done a great job to “make this the smoothest experience for consumers to date.”

The number of people who signed up this year was 96 percent of the 9.2 million who selected health plans or were automatically re-enrolled through the federal marketplace in the last sign-up season.

“It’s a very, very strong number,” said Joshua Peck, who was the chief marketing officer for HealthCare.gov in the Obama administration. “It implies that the final week of open enrollment this year was very big.”

Republican efforts to dismantle the Affordable Care Act this year had an unintended effect: They heightened public awareness of the law and, according to opinion polls, galvanized support for it among consumers who feared that it might be taken away.

“It’s incredible how many people signed up for coverage this year,” said Lori Lodes, an Obama administration official and a founder of Get America Covered, a nonprofit group.

But the strong demand for insurance through the Affordable Care Act could set off new efforts to dismantle the law.

The tax cut that Trump will soon sign repeals the Affordable Care Act’s tax penalties for most Americans who go without insurance, starting in 2019. The president said Wednesday that with elimination of the individual mandate, the health law is being effectively repealed, a statement that is untrue given the law’s expansion of Medicaid, the continued guarantee of coverage for people with pre-existing conditions and the subsidies still available to millions of people with low or moderate income.

And some Republicans signaled they have not given up. “By eliminating the individual mandate in the tax bill,” Sen. Lindsey Graham, R-S.C., said Thursday on Twitter, “we have pulled one of the pillars of Obamacare out. But by no means has Obamacare been repealed or replaced.”

Graham said that Republican leaders were “sadly mistaken” if they thought there would not be another effort to repeal and replace Obamacare in 2018.

But his leadership might not be with him, especially in an election year when the Republicans are facing a stiff headwind.

The sign-up numbers seemed to indicate that despite all the politics, millions need the insurance. Nearly half of all plan selections this year — 4.1 million of the 8.8 million — occurred in the last week of open enrollment. More than one-fourth of the people who signed up this year — 2.4 million — were new customers, and 6.4 million people returned to HealthCare.gov to select plans or were automatically re-enrolled.

Those large numbers came in the face of big challenges. Before the enrollment period, which ran from Nov. 1 to Dec. 15, many insurers announced big rate increases for 2018. The Trump administration cut the budget for advertising to promote enrollment and greatly reduced grants to insurance counselors, known as navigators, who help people sign up for coverage.

In the first nine months of this year, Republicans tried repeatedly to repeal the Affordable Care Act, continually criticized it and asserted that health insurance markets were collapsing. Trump highlighted huge increases in premiums without noting that many consumers were eligible for federal subsidies that help cover the extra cost.

For weeks, consumers have been confused about whether they would be subject to penalties for going without insurance.

In addition, people losing coverage because their insurer withdrew from the marketplace may qualify for a special enrollment period providing 60 additional days to sign up for a health plan.

More than 80 percent of people buying insurance through the marketplace qualify for subsidies to help pay premiums. The Trump administration said in October that the average subsidy in states using the federal marketplace would be $555 a month next year, up 45 percent from this year.

Federal officials reported a huge surge of activity near the end of open enrollment. In Florida, more than 700,000 people selected plans or were automatically enrolled in the final week, and in Texas, the number was more than 550,000.

Verma tried over the summer to persuade Congress to repeal the Affordable Care Act, but on Thursday, she boasted about how well the law’s insurance marketplace — under new management — was meeting the needs of consumers.

Moreover, Verma said, the Trump administration “took a more cost-effective approach” that emphasized the use of digital advertising and email to reach consumers.

While cutting the budget for navigator groups, the Trump administration encouraged the use of insurance agents and brokers, saying it wanted to “shift away from the government selling a private product.” 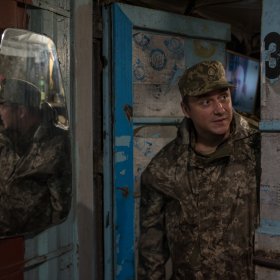