The six men, whom Xi presented before cameras in the Great Hall of the People, will join him on the Politburo Standing Committee, the Communist Party’s highest decision-making body. In addition to Xi and Premier Li Keqiang, who was already a member, the Standing Committee has added five new faces to help steer China as it seeks greater global influence.

Here is a look at the men leading China:

Xi has used this party congress to entrench himself as the most powerful Chinese leader in a generation.

The son of a revolutionary leader, Xi was one of millions of youths “sent down” to the countryside for re-education during the Cultural Revolution.

In his role as premier, China’s chief administrator, Li has taken a lower profile than his recent predecessors. He is an economist by training, a protégé of former President Hu Jintao and was once seen as a contender to lead China before being eclipsed by Xi.

The son of an official in the rural central province of Anhui, Li started his political career as a student leader at Peking University, where he mixed with liberal professors and students who advocated democratic reform.

Previous position: Director of the General Office of the Communist Party Central Committee

Li has known Xi since about 1983, when the two were party secretaries in neighboring counties. More recently, he has served as Xi’s adviser and envoy to President Vladimir Putin of Russia.

Also from a revolutionary family, Li first came to national attention in 1982 by writing a letter that was published in People’s Daily, the party’s main newspaper, in which he denounced skepticism about socialism.

As vice premier, Wang has been responsible for agriculture and foreign trade, and has said that China is committed to open markets and free commerce.

With his promotion, Wang may add a more moderate voice to the button-down orthodoxy expected under Xi.

Wang is expected to serve as the party’s ideological chief, ensuring that the media, schools and party adhere to the official line of exulting Xi as a visionary leading China into a new era.

As a young professor at Fudan University in Shanghai in the 1980s, Wang advocated “neo-authoritarianism,” the idea that China needs a strong leader to guide it through divisive changes. In 1995, he was plucked out of academia by the then president, Jiang Zemin, to serve as an adviser and speechwriter.

As Shanghai’s mayor, Han worked briefly alongside Xi, who was the city’s Communist Party secretary for seven months in 2007.

Han has received credit for Shanghai’s economic takeoff, and transforming the city’s Pudong district into a glittering center of banking, manufacturing and entertainment. He also facilitated the 2016 opening of mainland China’s first Disneyland.

As the person in charge of vetting new party leadership appointees, Zhao has been a key person in Xi’s signature push to fight corruption.

Zhao is known for his quiet, low-key style. A reporter for Xinhua, China’s official news agency, once said of him: “Even if Mr. Zhao was stuck in an elevator, he wouldn’t utter a word.” 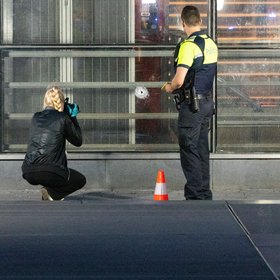 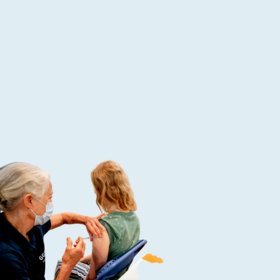