The president’s company, the Trump Organization, fired back with its own statement disputing that it permanently lost control of the property, its only current hotel venture in Latin America. The developments on Monday, the company said, actually “maintain the status quo.”

The dueling interpretations of the day’s events reflected the chaotic nature of a dispute that has become an international spectacle and one of the biggest problems facing the president’s company.

The standoff has been playing out for nearly two weeks behind the scenes in Panamanian courtrooms and ministry offices as well as in plain sight in the hotel’s lobby and corridors.

The ownership dispute at the property has been punctuated by yelling and shoving matches, appearances by armed police officers and visits by government delegations, including Panamanian labor regulators, forensic specialists and a justice of the peace.

The Monday showdown at the hotel began with the arrival of the majority owner, Orestes Fintiklis, 39, followed by a contingent of court officials and police officers — and a Panamanian court order authorizing a change of administration.

Soon after, a workman from the property peeled off the Trump name from the hotel’s sign, dumped the letters in a plastic storage box and hauled them away in the back seat of a Hyundai hatchback. It was unclear who had authorized the workman to erase the Trump name.

“This is a purely commercial dispute that just spun out of control,” Fintiklis said in a brief impromptu news conference in the hotel’s lobby. “And today this dispute has been settled by the judges and the authorities of this country.”

“Today Panama has made us proud,” he said. In appreciation of the outcome, the businessman added, he planned to apply for Panamanian citizenship.

Fintiklis, a Cypriot citizen, then strode to the lobby’s baby grand piano and played and sang “Accordeon,” a popular Greek song about the fight against fascism.

But the Trump Organization, which had a long-term contract to manage the property, said the battle was far from over. Legal proceedings over the property are underway in at least three other venues.

And in a statement issued hours after the Monday morning drama, the company said that the Panamanian court order authorized “the appointment of a temporary, third party administrator to oversee the management of the property while the underlying dispute is being litigated.”

Blow to the brand

Still, the Panama brawl has dealt a blow to the Trump brand, which has receded since Donald Trump became president.

His name was erased from a Toronto and Manhattan hotel last year after the Trump Organization had been paid to give up contracts to manage those once-prized properties. Both had histories of financial difficulties.

In contrast, Fintiklis is pursuing the Trump Organization for a $15 million payment. He argues that the organization’s “utterly incompetent management of the hotel” has driven away guests and sapped the property’s profits.

The fight has been fraught with legal and diplomatic complexities. The court found itself in the awkward position of ruling against a business owned by the U.S. president.

Trump’s critics and ethics groups had warned of such an outcome when he declined to divest from his company.

The drama in Panama is unfolding while the Trumps are struggling to get two new hotel lines — Scion and American Idea — off the ground in the United States. In the aftermath of the election, the Trumps found that new voluntary ethics requirements they adopted are impeding these new deals.

The company retained an outside ethics adviser to scrutinize the Scion and American Idea deals, among other things, while it promised to forego additional foreign development.

The president continues to own the company through a trust but has yielded day-to-day management to his eldest sons, Donald Jr. and Eric.

In Panama on Monday, in the hotel’s 15th-floor sky lobby, Fintiklis and the contingent of court officials and police officers headed toward the administrative office where security guards employed by the Trump Organization had been posted for more than a week around the clock.

A female court official knocked delicately on the locked door and introduced herself. No response from inside. She knocked again. No response. Minutes passed. The mood in the crowded corridor grew edgy.

Suddenly, the door opened and the court officials and police officers surged through.

A shoving match broke out between one of Fintiklis’ lawyers and a Trump security guard. The lawyer retreated and Fintiklis stepped forward. “Peace and love,” he said, admonishing the guards.

Soon an order came from inside the office for the guards to retreat, and they vanished.

The dispute traces to October 2016, when the original developer of the hotel told the Trump Organization that it was negotiating a sale of 202 of the hotel’s 369 units to Fintiklis. That deal was completed for about $25 million last August, making him the majority owner.

(The 70-story tower also includes a casino and a separate condominium development. Those are not part of the dispute.)

After the August closing, Fintiklis celebrated the deal in a statement, calling the hotel “an iconic property,” saying he looked forward to working with the Trumps.

In October, he arranged for a meeting of the hotel’s unit owners, where they voted to declare the Trumps in default of their management agreement. The Trump Organization says that meeting was falsely portrayed as a “meet and greet.”

In the intervening months, the struggle moved into the courts, with proceedings in Panama, New York and Delaware, as well as an international arbitration.

The legal dispute centers on what Fintiklis has called the Trump Organization’s “abysmal management” of the hotel. He has said profits have plummeted and the property’s condition has left it “virtually empty” — a point disputed by the Trumps.

The Trump Organization, which has declined to disclose the hotel’s occupancy rates, told unit owners in a letter that the hotel “continues to outperform the market by a wide margin.”

Last month, the dispute broke out in the open when Fintiklis appeared at the hotel with an entourage and sought to fire several Trump-employed staff members. But he was rebuffed, setting up the standoff. 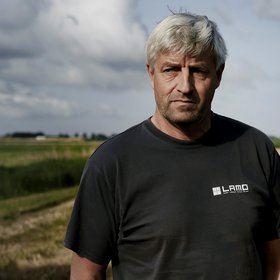 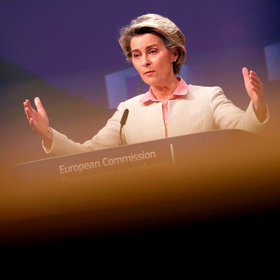 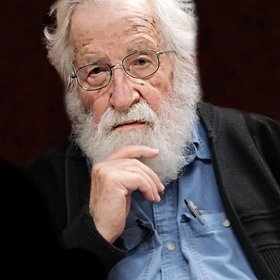